Git contains different areas with the purpose of tracking your changes and keeping information about local and remote repo.

Every commit starts with changes on your project. Once changes are made git will indicate there were changes made to your git repo. You can view this by executing a git status.

Once you finish with your current commit, you will need to stage your files into the staging area by executing a git add <files>

You can add as many files to the current commit as you want before executing a commit. If you have already committed the files you can append the newly staged files to the last commit by issuing a git commit –amend

Before you commit your changes to your repo, you’ll spend most of the time on the Working and Staging are of your project.

Working tree is the tree you are currently referring too when committing your changes.

A branch is a pointer to a commit. Branches are a way to identify a version of your project. Commits that don’t belong to any branch are referred  to as orphan commits. 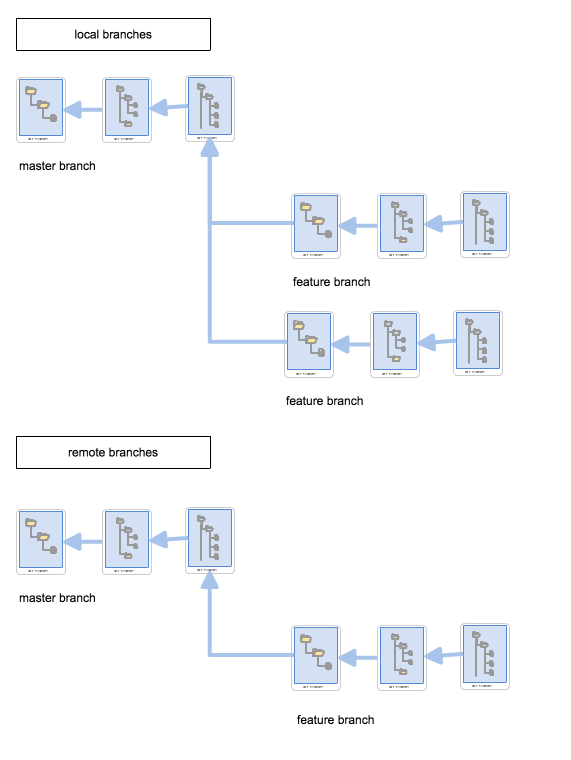 As mentioned previously, any changes made in the working directory  need to be added to the working tree by executing git add. Once files are staged, it needs to be committed so it can be referenced to from the git database.